The Highserk Empire army, which started the invasion from three directions, gathered in front of Aidenberg, the capital of the Principality of Myard, while taking over cities on their way. 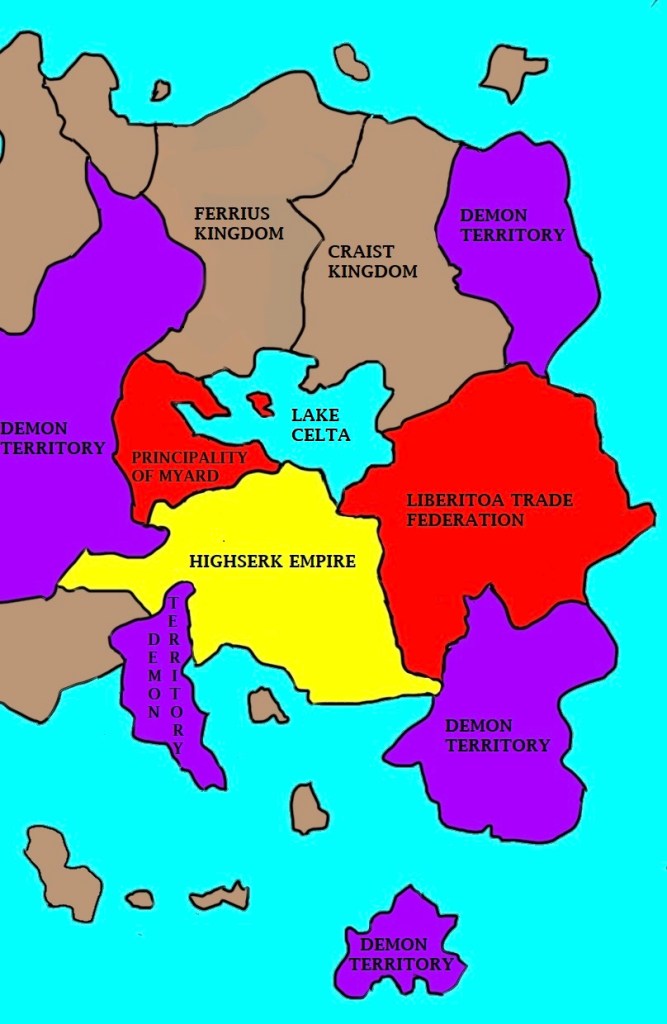 The Ferrius Kingdom Expeditionary Force, which had been dispatched, was withdrawn to the homeland, but lost the majority due to the fierce pursuit of the Highserk Empire army.

The border fortress, which had been greatly pulled out of the garrison, fell without functioning fully, and the southern territory of Ferrius was occupied by the Highserk Empire. 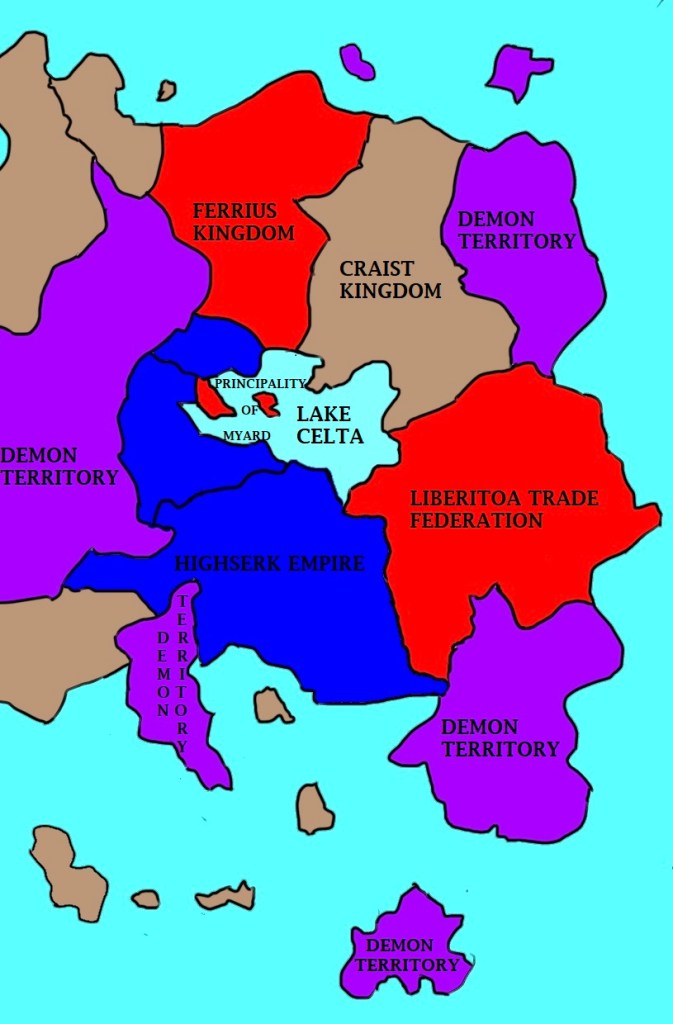 A counterattack by the Four-Countries Alliance began. The main force of the Alliance forces invaded the territory of the Principality of Myard by land from Ferrius Kingdom. In addition to the attack by Liberitoa, a harassment attack by the Myard Navy on Lake Celta was carried out.

The Highserk Empire abandoned the occupied Ferius Kingdom territory, and while devoting itself to delaying tactics, strengthened the defense at the Sarajevo Fortress at the border of Myard and aimed for attrition warfare. 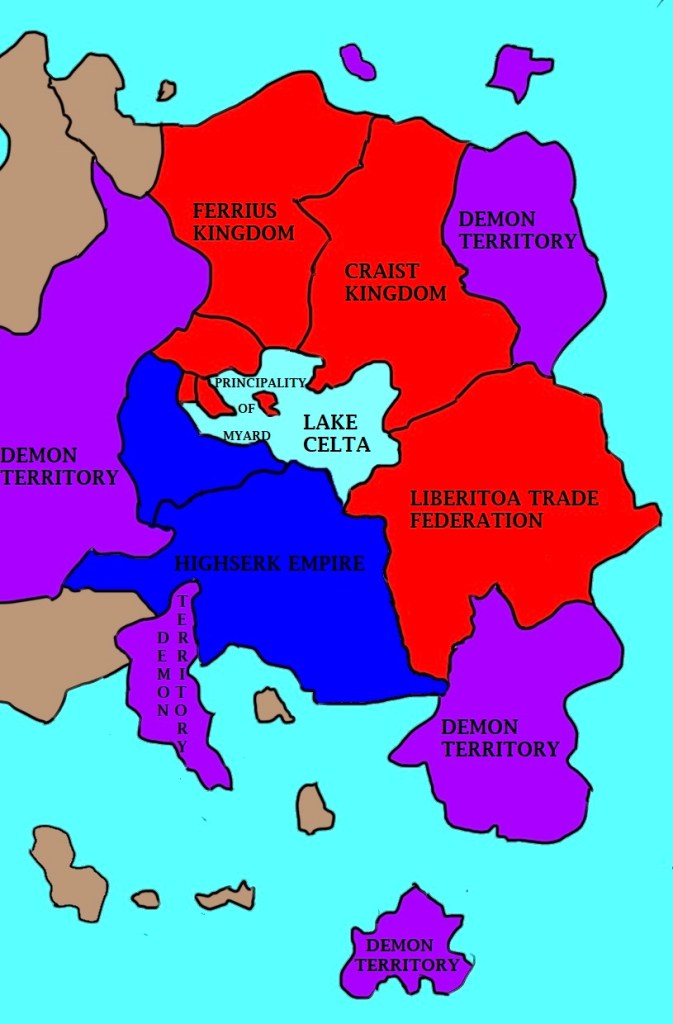 Due to repeated exhaustion and deadly surprise attacks, the Four-Countries Alliance abandoned the capture of the Sarajevo fortress and shifted to the scorched earth tactics of the Demon Territory using black water from Liberitoa Trade Federation.

TN: This is just a rough draft for the map, the detail may changes

Scan the code to get the link and open it with the browser
Bookshelf synchronization, anytime, anywhere, mobile phone reading
Collection
Page
Source
Comment
Review
Feedback